My Son - The Invisible Man 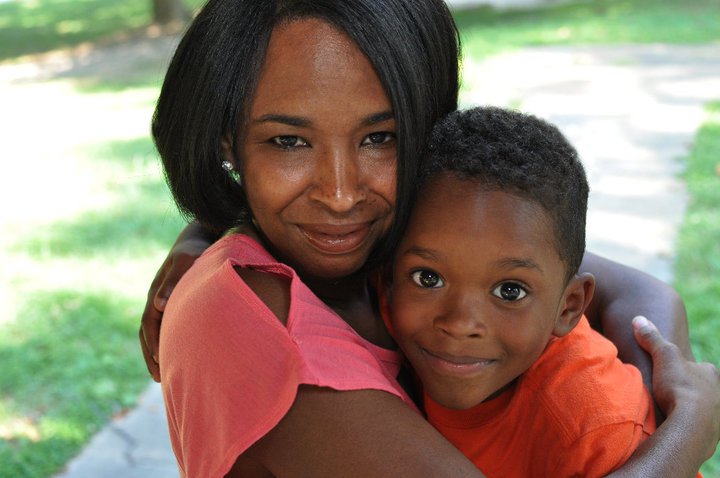 Quentin tends to make himself scarce.  He is either binge watching his favorite TV shows, or on whatever gaming or computer system he can get his hands on.  When the electronic ban is enforced during the school week, he can be found in his room either role playing or constructing some elaborate something.

His current ongoing project is designing a kite suit.  At it's present stage it consists of two big purple rectangles of stiff kite-like nylon safety pinned onto the back of a plaid button down shirt.   It wasn't until yesterday's rain (and the discussion of the umbrella being lifted by the wind) that I realized the objective of the kite suit was to fly.  Kite suit is the only thing actually hanging carefully in his closet.

The point is, sometimes I have to look for Q because he is so quiet when he is alone.  He can silently do his thing for hours, and if I am doing the same, hours will pass without a word.  He doesn't ask for snacks or drinks, either he gets them himself or he doesn't think about them while he's working.   He doesn't need me to look at his creations or help him in any way.  When he shows me his creations, whatever they may be, he is showing me his completed accomplishment.  I love that about him.  Approval is welcome, but absolutely not necessary. 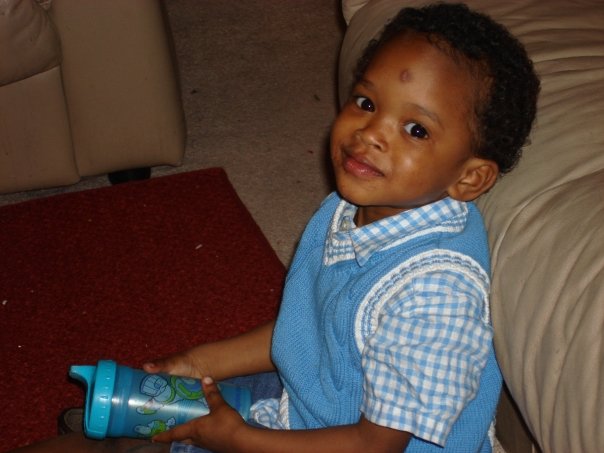 He stopped asking me complex questions because of my ignorance.  As far as asking me for help, Quentin would eat nails first. He does not like unsolicited advice to interfere with his vision.  He doesn't give a damn that his kite suite is too light to allow flight.   In his mind I am useless as a collaborator, and barely tolerable as a onlooker.  He just needs me for his supplies.

"Mom I need a knife!!"
"For WHAT!"
"I'm trying to make something!"
"Let me see what you're doing!"
Silence. Then low growl-like rumbling.
Then barely audible, "Nevermind."

I find steak knives in the weirdest of places.

Funny, I remember that I also used my moms steak knives for making my creations.  I was also fond of "whittlin''" sticks.  Even though all I could make was a sharper stick.

I am reminded that He and I are very much alike.  I love and hate it at the same time.  I used to think that the worse thing that could happen to him, apart from a car accident or brain tumor, was to grow up to be like me.

"And that would be a good thing." My best friend said to me over ice-cream at Cold Stone Creamery.
I never thought of it as positive until that moment.  My fears were eased.

He cries at songs he thinks are sad.  He laughs at the inappropriate (Thank You America's Funniest Home Videos).  He expresses himself at the most inconvenient of times.

"What do you mean Noelle is black!" he screamed out in hysterics during a middle school orchestra concert.  He was laughing so hard, he drew his knees almost up to his chest as he slapped the armrest.   At first all I could focus on were his severely ashy knees.
"She is white. She. Is. A. White. Person."  People started to giggle without knowing the funny because Q's laughter is contagious.  It all started when Quentin tapped me on the shoulder with the concert program and asked seriously.

"Are we what you would consider black..." He paused, searching for a word .  ..."persons?"
"What?"  I was shocked and amused. Surely at nine years old we are not having the 'race' conversation. In the middle of a concert no less.
"What?"  I repeated.
"Are we what you would call Black.  Are we Black."
"Ehhh, yes." I answered waiting for the punch line.
"Noelle's not?"
"What?
"NO-ellle-ah." He emphasized like I was deaf.  "She's not black."
"Yes.  We are Black people.  African American.  And so is Noelle." 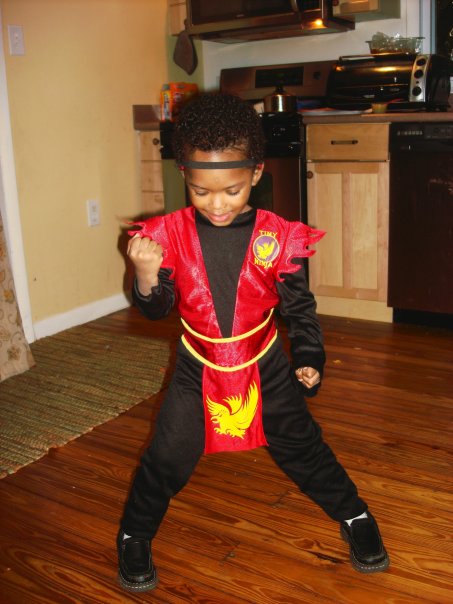 Then the laughter came.

Nothing else mattered at the moment other than the humor he saw in Noelle's racial make-up.  "Look at her." He muttered through the giggles.  He was shaking his head as if my answer was total and complete rubbish. " She's waaaaaay to light."
"Be quiet."  I snapped.  Obviously we had not had the race conversation.  He shut up, grinning from ear to ear, engrossed in his thoughts about his white sister and his idiot mom.  He glanced Noelle's way again as if to say, "Black.  I think not!"  I could see enough in the dim lighting to tell Noelle was NOT amused.

Still smiling he disappeared into his thoughts.

I used to disappear like Quentin.  I would get a stack of books from the library and hide behind our 60s semi circle sectional with my back up against the wall tucked between the curtains of the french doors.  I, like my son, would disappear until each and every book was finished, or someone called me away from my secret spot.

But when I was growing up I felt my invisibility.  Whether real or not, I felt that I wasn't seen.  I felt invisible to my family and definitely at school to the point that by time I reached high-school I was a truant.  Someone addressed me as"the ghost student" in my high school year book.

I don't mind the fact that Quentin disappears sometimes. But I don't want Quentin to feel invisible. I want him to know that his brilliance is seen. 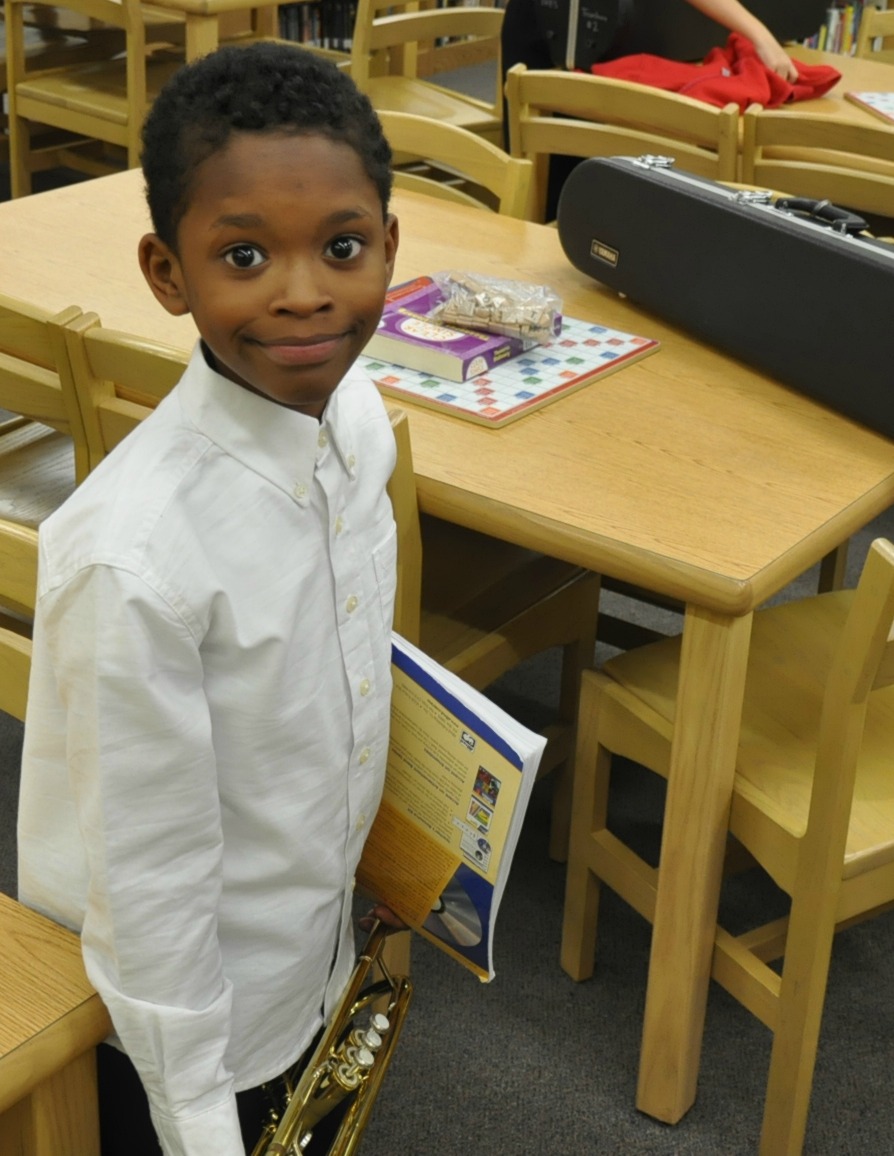