It's that Time of Year Again.

It's that time of year again.  When I remember. 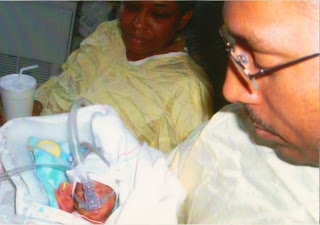 Almost seven years ago today I was laying in a narrow hospital bed complete with plastic pillows and sheets that annoyingly slide down the mattress.  The truth is people no longer know how to make a bed with hospital corners using flat sheets. Annoying.

Typically I don't consider myself as one having a remarkable memory.  If you were to ask my three children and husband about my memory, I am sure the word, "sucks" would make an appearance.  But, like everyone else in the universe, there are those moments in life that take a matter of seconds to recall. Like it was yesterday.  Right?  Like it was yesterday.

My bed was on the far left next to the window.  A faintly striped curtain separated me from the empty bed which usually hosted my husband and two little ones.  I was a favorite on the maternity ward because I was one of the few non-cranky pregnant women on the floor. I did not have one roommate during my almost three week stay.

My hospital room was painted in that semi-gloss "is it white or beige?" color.  The ceiling, which I stared at often was a speckled drop ceiling.  At least that is what I think, I could be confusing it with all the other hospital ceilings in my life.  Just like at home I had books, papers and all sorts of crap littering the top of the radiator.

I weighed almost 180 pounds and at week 28, that meant if we made it full term,  I would have weighed over 200 pounds.  My gigantic stomach was certainly the first thing you saw when you rounded the curtain. Next would be my hair, a mass of ...well...bush.  Which I would unsuccessfully try to tie back or cover with a scarf.  My arms were too heavy so my muscles would start to ache when I tried to do anything more.  I have to admit that I hated that my hair was jacked.  With my first two kids, I actually had my hair done before I went into labor.  When you have hair like mine, it either looks good or a mess.   My vanity also led me to obsessively lotion up my body.  I hated the idea of anyone seeing my ashy.  I kept those nappy footie socks on because my pregnancies always left me with some weird toenail fungus.  Although I was a fat, bushy head, nappy mess who never took her socks off, I was well oiled and quite shiny.

What else can I tell you.  I can tell you that the old brown mini-fridge rattled and hummed reminding me of my dorm days.  I only noticed it at night, which was my favorite time.  The hospital seemed quiet and relaxed.  The nurses chatted and giggled in whispers at the station outside my room and they brought me jello and graham crackers.  They knew the exact ice to water ratio in the mustard colored pitcher.   I can tell you that the blue transparent light from the TV comforted me as it flickered and blinked, temporarily filling the corners of the rooms with light.

I liked the night, with the giggling nurses who gave me graham crackers and jello.  I felt safe with the humming fridge and blue TV light.  The night hours meant that the day had passed and I was closer to meeting my girls on the other side of my womb.

Every midnight brought with it a sense that my babies would be fine.  Everyday pulled with it the hope that they would be born. Together.

It is that time of year again.  Well, I think I have remembered enough for this day.

Posted by CJ Poindexter at 1:00 PM