What They Didn't Tell Me About Getting Older

I'm pretty happy about how I look at 45.  In fact, I consider myself a late bloomer, so in my mind, I have gotten better with age.  However, I understand why people obsess over their faces. Your face is YOU. Who wants leather-like wrinkles, hanging jowls, and droopy eyelids?  So far I have not any surprises about how my face is holding up. 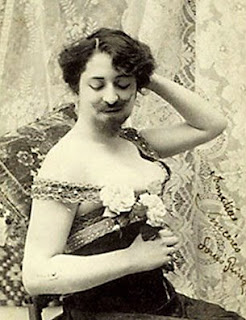 Although I have the normal gripes about weight I don't obsess over them. I realized early that as my age creeps up, so does the numbers on my scale.

You know what has me cussin' and gnashing my teeth?   The stuff no one told me about.  The bodily failures that came out of nowhere.  Although this may be TMI for some, I want to enlighten all the women entering the land of 40+  about the horrors the beauty mags somehow overlooked.

1. I stink. I mistook a whiff of good old fashioned B.O. as being from my son and demanded he wash his armpits and generously swab on some deodorant. Unfortunately when he left the room, the smell lingered.  There was only one person left to blame. I was mortified.

2.   I have hair where it just shouldn't be. My hair has been touted as my best feature, but I never expected my son to say he wanted to grow up and have a mustache just like mine.  A very faint one, I might add - but still.  Don't get me started at what I found when I was rearranging my boobs into my bra.  My advice ladies, keep some tweezers handy.

3.  You won't recognize parts of your body.  I have been betrayed.. My breasts, too cowardly to revolt, retreated south. But honestly, nothing a good bra won't fix. Next is the humiliation of stepping out of a hotel shower to see my nakedness in triplicate.  More dimples than a thousand Shirley Temples.  There is nothing worse than cellulite on skinny legs. Good grief!  However, I have been told that physical activity diminishes the appearance of cellulite. I don't intend to work-out, I just like the idea that the 'yuck' is in my control to fix.

But the body part that has betrayed me the most,  was the feature I revered the most.  I feel like John Travolta  in Face Off, except  I'm wearing another evil woman's  gut.  Either my stomach looks like a giant flat tongue lapping over my waistband, or a sideways butt, crack and all.  I have to manually adjust my stomach according to the jeans I wear.

Before you athletic types start yikkity yakking about letting myself go,  unless you have had three pregnancies that carried four children, let's hold off on the chastisement.  I have been told by several doctors, "If thy flappy butt stomach offend thee, lop it off".  In other words going under the knife is the only solution.

So please, visit my shop and by lots of vintage.  I need to save my pennies for a good plastic surgeon.
Posted by CJ Poindexter at 10:34 PM