The Echo of My Little One 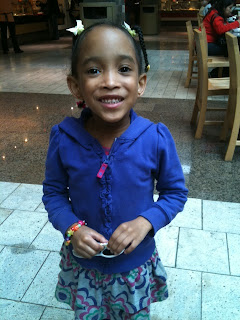 My daughter is now 4 and a half.  There is not a day that goes by where I am not astounded by her presence.  I am astounded that she is the less-than-2 pounder that fought so desperately to get and stay here.  I am as fascinated by her life as I am saddened by her sister's death.

Almost a month ago now, my 7 year old had an asthma attack that landed him in a long ER visit.  As is the custom, the triage nurses put him on the monitors to chart his breathing and oxygen levels.  At first I didn't pay attention, but my son accidental (maybe) disconnected himself from the monitor and the alarm started beeping wildly.  From the second that all to familiar sound filled the room, I was riveted to the screen.  Not out of an obsessive need to follow my son's progress, I knew he had disconnected himself.  But that sound.  THAT sound. The ringing of that loud shrill alarm immediately transported me over the space and time of  almost 5 years to that quiet shadowy NICU where I would sit in an old brown rocking chair transfixed on the sounds, colors and flashes of that black TV like screen that sought to tell me whether my littlest one would live or die. 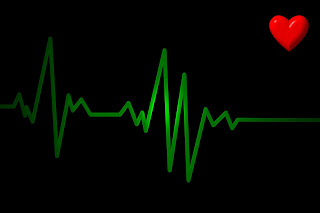 I can smell the antiseptics and hand sanitizer.  I know the exact pitch of the alarms, I can see the incubator that housed my little one who was so small it always took a minute to locate her when I first arrived.  She was no bigger than a banana, but she was a mover  - so much so that the NICU staff had to strap her to an elevated bed board.  I would first try to spy out her little stuffed turtle that always rested by her ear, or on her shoulder.  When I found that turtle, I would find my little one all taped and wired up with things coming out of her nose, head and hands. Those cords creeped from her body and spiraled up from the incubator's corner to spill out into the room like a malnourished octopus.  With the cords came the beeping.

The memory of it all causes a shiver that starts from the middle of my gut and radiates out until it hits me at my shoulders.  I feel like I ate a bucket of ice, or someone dragged their already raggedy fingernails across the length of a rough black board.  It's creepy.

There was nothing creepy about those moments as I lived them.  Every second of those thousands of moments made up my reality at the time.  A reality that frankly kicked my ass - but I made it through in one piece as they say.  It wasn't on my own accord.  My "one piece" was being  held together by antidepressants, therapy, lots of prayer and concerned attention of family and friends.

My little one is so here. She came out of the womb swinging a sparkly purse and matching shoes.  I knew she was her own when she snubbed a pair of low bright Red Chuck Taylor for pink and white cross trainers with just the slightest hint of bling.

Today on our way to the mall, in an effort to grab some quiet, I told my kids that I had a stomach ache.  My middle man - Q asked me, "Mom, can people die from illness?"
"Yes.  Yes they can."  I replied simply.  On topics like death I let him direct the course of the conversation.  I waited for his response.
But it wasn't Q who spoke next.  It was Noelle.  With an understated sadness she stated, "My sister died." I didn't respond.  I didn't turn my head or peek in the rear view.  She was stating for the first time what she understood about her sister.   Although I kept my eyes on the road,  I could feel the exchange between my three children.  Jon, my oldest (the first to tell her about her sister), turned to her and sighed softly "Yes Noelle, we know."  I could feel Q nod in agreement behind me and we all sat at the red light silent. I peeked, Noelle was looking off towards the window, her curly hair vibrating in sync with our car's rough idle.  I could look at her forever.  Noelle is tangled in my soul in a way no other human is. We shared and lost so much together.

I still have another little one.  Although it has been close to 5 years, her little shadow follows Noelle about. There are times when I catch a glimpse like when Noelle puts her cheek on mine and whispers an achingly genuine, "Have a good sleep mommy." I imagine two kisses. From my heart I hear an echo.
Posted by CJ Poindexter at 10:35 PM