Living and Loving my Adulthood

This is the first time in my 22 years of being a legal adult, that I have truly embraced my adulthood.  Don't get me wrong, I haven't been on the hunt for the fountain of youth, and I don't care about wrinkles, gray hair and death, although I do want to hold that off for as long as humanly possible.  I wasn't afraid of aging, I was afraid of losing my young-ness. So I held on to it as hard as I could.

Specifically, it was the twenty-something CJ I held on to.  I didn't intentionally try to keep her around, but she was there, in my mental grip.  CJ reminded me of what my life was supposed to look like.  Who I was supposed to be as an artist, a writer, and a woman who always danced to the beat of a different drummer (as my mom used to say).  She was who I saw myself as, and I held her tighter and tighter as I moved further and further away from her. However, in the illusion I had created, she and I were still the same.  As a result, I never felt like an adult, even though I existed and navigated a very adult world. 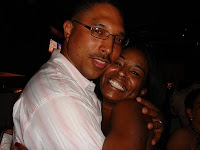 I can recall, about three years ago, having my first moment of clarity.  My husband Jon and I were in the kitchen of our old house unpacking groceries. He started sharing with me that one of his female friends from college had scored a role on one of  those TV shows featuring a gaggle of bratty,sex-addicted and malicious teenagers.  I had just seen the trailer for the new season and I said excitedly, "Oooh, is she playing the bitchy new girl?"  Jon froze, his hand reaching into a grocery bag. His facial expression hung somewhere between a frown and a laugh. "Noooo," he replied slowly. "Umm, she's the mother."  He threw me his, "Are you crazy?" look and laughed. I suddenly realized that I, a 38 year old mom (at the time), assumed a women the same age as me was playing a college freshman!  I laughed long and hard, but that incident was the first indication that my perception of myself was - off.

I gradually started to notice I talked about what I used to do.  I talked about the fabulous experiences of my past.  I had great stories and they were always in context with the topic of the discussion, but they always featured twenty-something CJ.   Yes, I've been to Paris.  I had my own radio show in college.  I sang at the famous Blue Note Jazz Club the night Ray Charles was there. Blah, blah, blah, blah blah.  I never re-counted my exploits as faded memories because they were still vibrant and vivid in my mind.  It always seemed like...just yesterday.  Well, until I started counting back the years. The brutal truth was that my greatest adventures were 20 years behind me.

I finally got it through my head that I was not that twenty-something CJ. I was a chronically bored grown-up with a husband and three kids and had to take responsibility for my current boring, restrained 41 year old life.  I know, I know! Things happens in life, and it doesn't always turn out the way we expect. So we change and adapt. I  totally understand - but dang! I could be doing SOMETHING that felt like me. Growing up and maturing was one thing - living in a hectic, fast paced, boring rut was another. So I took responsibility.

I don't want anyone getting the wrong idea about my entering grown-upville. Taking responsibility for my life didn't result in me coming to my senses, digging my heels in and getting down to grown-folks business. I didn't miraculously start fulfilling the duties of a middle-aged, newly minted SAHM mom with acumen and zest.  I am no cookie baking PTA president/den-mother/mini-van driving soccer mom.  I took responsibility of the fact that I had let my life slip into something I didn't want.  For me, true adulthood began when I decided to live out of who I was instead of living up to who I was supposed to be. 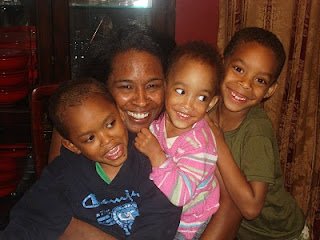 I pish-posh the great myth that you have to give up your Self to be a great mom and wife.  I do not agree that somehow the mantle of womanhood means no more playing in the rain, or dancing as hard as you possibly can to very loud music. I have come to the conclusion that I AM a great mom and wife because I give them the best of myself that grows and expands with every birthday.  My children are getting to know the real me and I love that.  My husband gets to experience the woman he fell in love with 18 years ago, but in greater measure as I get older.  My new motto is, "Do you, love big, have fun and get the job done!"

My young-ness is in full force, but it took becoming a grown-up to recover it.
Posted by CJ Poindexter at 11:14 PM

Email ThisBlogThis!Share to TwitterShare to FacebookShare to Pinterest
Labels: growing up