The Last Heartbeat - How the loss of my daughter led to self-discovery.

This is something I wrote a while ago, its a bit long, but it is about the most transformative moment in my life.  The moment when I decided to be me again.  The pics are of my miracle baby - Noelle.

I was standing at my kitchen counter drinking green tea from my favorite cup and laughing with my husband Jon when I had a moment. I was just thinking how I wanted my upcoming 40th birthday to be memorialized when I had a strange sensory experience that caught me absolutely off guard. My sons Jon-Jon and Quentin along with my daughter Noelle were playing with a giant red bouncy ball. Noelle was toddling around, looking a bit like a pink Godzilla trying to get the ball as the boys kicked and chased after it. It was both a fun and beautiful sight, with the sun streaming and reflecting through the windows making everything golden and warm. The kids were hysterically happy as they kicked and jumped. They laughed and squealed so loudly my ears hurt. Jon and I were standing together observing the ruckus when I suddenly froze in a silent panic. I instantly began counting my children. Not on a totally conscious level, but with that terminator-like instinct that mothers with multiple children possess. I performed my instant scan and immediately thought, "Someone is missing." I put my cup down on the counter and scanned again, this time with more intention. My eyes darted around the room honing in on each child. Noelle check. Jon-Jon check. Quentin check. They were all present and accounted for, laughing and kicking up dust in the sunlight. Confused, I frantically asked myself, "Who is missing?" In that instant my memory clicked back on and I realized someone, as always, was missing.
The previous fall, I was on hospitalized bed-rest in the midst of a rare high risk twin pregnancy. My little identical troublemakers, Lauren Marie and Noelle Elizabeth, were Mono-amniotic Mono-chorionic, which in common language means they shared both an amniotic sac and a placenta. Due to the complications and rarity of the pregnancy, the possibility of losing one if not both my daughters was always looming. In early October, I was 28 weeks along and everyone was starting to feel cautiously hopeful the twins would survive. However, the morning of October 9, during my routine monitoring, two very young looking nurses were attempting to find Lauren’s heartbeat which was odd, because Noelle was always the one darting about and squirming with every poke, making capturing her heartbeat for the designated 30 minutes a near impossibility. The nurses were prodding and manipulating my giant belly, when I heard it - a slow, rhythmic blump thump. "That’s her." I said softly, knowing that her heartbeat was too slow. "No." One of the girls stated, "That’s you." I said nothing, but instinctively I knew otherwise. Then the heartbeat stopped, abruptly. I knew Lauren was gone. She died right in the sanctity of my own womb.

That moment pierced my soul, shooting through me like a bullet. I was split in two, torn completely open, everything in me naked and exposed. It was as if I were inside out, where all that had once been protected and hidden was now out in the open where it didn’t belong. It was a deep, profound pain, so pronounced and articulate I felt confused by it. Historically, I was a pro at being able to select and communicate the appropriate response to most situations. In this instance, save for my own rapid heartbeat, I was paralyzed and most completely unable to select a response to losing my baby. I was, for the first time truly heartbroken. I didn’t know it then, but as I was being swiftly wheeled to the perinatal center, all my previous "heartbreaks," the lost loves, financial ruin, educational and professional failure, were being shaken off, the way dead fruit falls out of a tree during a storm. I stared up at the rapidly passing fluorescent lights and subconsciously every significant happening in my life was being filtered through my grief.

"Cj, I’m afraid I don’t have good news." The sonogram technician stated quietly. "She’s not there anymore." I tried to make my reply a question, but I couldn’t pretend I didn’t already know she was gone. The technician nodded. Right there, in that examination room, the shell of the person I mistakenly thought was real me evaporated. Everything that was false and unreal disappeared. The times I was someone other than myself. The periods when I allowed myself to be controlled and abused. The moments when I taught others that I was worthless. They all vanished as a result of the truth of my pain. Suddenly there was an illuminated pathway to the real me. A girl I had forgotten about almost twenty years ago. How could I go on living my life for the fleeting approval of others, for an ideal, for religious doctrine, for a paycheck? How would those lies honor the fleeting existence of my Lauren who was pure and holy. Somehow I knew the rest of my life had to memorialize the moment of her last heartbeat, that dark, heavy, but painfully honest moment when I became free. 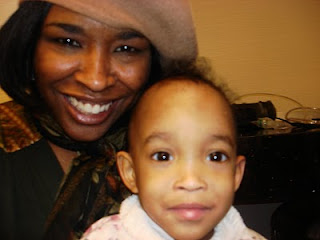 Posted by CJ Poindexter at 9:54 PM